"The Ministry of Defense said in a statement on Sunday that the sale of stories would strengthen its control over what the released sailors and marines had to say." Read more in the International Herald Tribune ...

Because uncontrolled things like those said in this video are incriminating the British with charges of spying! You do recognize Captain Chris Air in this video!

And watch the controlled Chris Air! Still a spy; if you ask me!
Posted by Naj 43 comments:

The books we read


This is slightly preoccupying ... but:

A few days ago I came across a couple of digital libraries for international children. I saw a few of the titles I used to read as a child; but not the one that left the deepest mark on my memory: "Hasanak Kojayee?". It was an illustrated book about a boy who was going to far lands in search of sun, or truth; he was missing and thus the title "Hasanak, where are you?" Perhaps the reason why that is the book I long for most is because I never read it properly. My mother would talk to my uncle about political metaphors of the book, but I was only 7 at that time; politics was something that was endangering my family; was changing my ways of life; the book thus was engraved as something mighty but dark in my childish mind. I wish I had a picture of the book, or remembered the story; but it was more like a poem; more enjoyed by my mother than by me. When I was young, I liked fairy tales of Shah-nameh (Children's adaptation of Ferdowsi's book of kings); and a series called "Good Stories for Good Children" by Mehdi Azar Yazdi Here is one of his stories, adapted from Rumi's Mathnavi.

So I asked you the kind visitors of neo-resistance to tell me what you read as a child. You see, I am in search of that which binds us together, that which is common between us irrespective of language, religious decree, politics, nationality. I have compiled your answers. If you click on pictures, it will take you to information pages.

I call this a festive break, a vacation via the memory lane, to that innocent world that shaped our persona:

Dr Victorino de le Vega. "To me Norrin Radd was the epitome of cool. He was the ultimate exile: trapped on earth by the “great cosmic barrier”. Victim of an invisible fence set up by an angry God named Galactus. A metaphor for life I thought."

David: I wasn't any sort of a reading prodigy. A school friend gave me The Call of the Wild as a gift. I recall feeling sorry for the dog who was abused by his master. Later in the story, I was happy for the dog when he gained his freedom and found his own way in the world. I suppose that London intended all sorts of analogies to the human world, but at age 7-8, all I saw was a dog."

Guthman Bey: I grew up in Germany [...] and my favorite books were collections of fairy tales by Wilhelm Hauff and, yes, Andersen. The editions I had are still being published and featured very beautiful illustrations by the aquarellist Ruth Koser Michaels. The two fairy tales I reread the most have the same theme: the heart of ice and its redemption. They are "The Cold Heart" by Hauff and "The Snow Queen" by Andersen.

Nunya: [M]y favorite stories from childhood,[...] were the Little House series and I loved them. I own every one in hardback. That was what I wanted for birthdays and Christmas. Even at ten I knew more about how easy we (as modern Americans in the 70's) had it than most ten year olds.

Sojourner: if there is one book that fed my wild imagination just at the right time,it was, the title, if translated verbatim:"the child who flies through the ancient world(times)". It was about a child traveling in time to the distant past accompanied by the narrator's voice which explains how life began on Earth and takes the child on a journey back to the present. [...]

goatman:I remember liking "Little Black Sambo" as a creature of about 4 or 5. This book is now banned in US as being racist. Too bad. It involved a little black boy a tiger and a palm tree as essential elements. As I recall, the tiger ran around the tree so fast that he turned into butter! Can this be so?

Little Indian: I have been reading from ever since I can remember, in English and in Bengali. We had the complete set of "The Childrens' Encyclopaedia" by Arthur Mee (in 10 volumes). They were my fall back reading material, if I did not have any other books, I would read these over and over again, or just look at the pictures. Thinking back, that must have opened my mind to know about anything and everything. 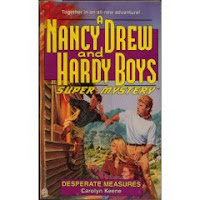 Betmo: What did i read as a kid? any Nancy Drew mystery/Hardy Boys mystery i could find. Charlie and the Chocolate factory- all of The Little House on the Prairie books by Laura Ingalls wilder. My mother called me a houseplant because i never wanted to be outside- i was always inside with my nose in a book. i love to read and i love it when people are turned on to reading and books. it opens up whole new worlds- and you get to use your imagination. a rare thing in today's technological age.

Mystic Rose: i loved reading MahaBharata which is the story of long ago India, but more mythical than real.. but love it anyway for all the drama. And I still like Enid Blyton's books...and of course you know I like Sufi poetry.

Coffee Messiah:Although I read Mark Twain, EA Poe, Jack London, Defoe and most of the children's classics, one of my favorites was a book written by Thornton W Burgess, who's illustrator Cady was one of the best. Mostly animals as people, The Log Of The Storyteller was about: Once a week a man would ask a child in the neighborhood to bring a log, and that child would ask the storyteller to make a story up about "whatever" and each week, a different child would bring the log, hence a new story. 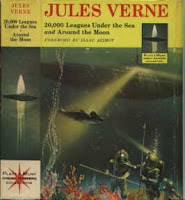 is what Mr Blair is trying to propagate. I find him to be a coward, though: huffing and puffing empty threats, as soon as the Britons are back, safe and sound and well taken care of!


UPDATE:
The soldiers (who were arrested on charges of espionage and trespassing) were
Can someone please send these little ones to kindergarten instead of to war?!

Once one saves one's physical life by (supposedly) "lying", then one may save one's financial livelihood by lying too!

In the career-oriented Wild Wild West, one's job is as important as one's life; no?

Ahmadinejad signals to US that direct negotiations are in American interest and Condoleeza Rice agrees!

US weighs Iran's request to visit Iranian prisoners in Iraq

US allows Red Cross visit the Iranian Prisoners in Iraq

Diplomacy and not muscle stretching becomes the name of the game!

Faramin brought up a great question! Who wants to answer?

"if the UK government is truthful about the british sailors' position (in iraqi waters), that means iranians went into the iraqi waters to pick up the sailors. where is the cry from the either iraqi or british government on iranians tresspassing into iraqi territory?"
Posted by Naj 32 comments:

Who's missing, who's found? 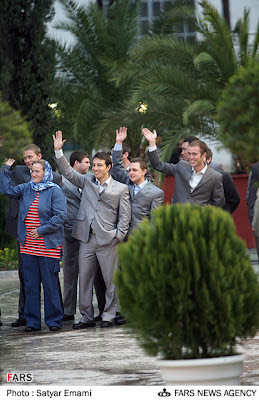 "We bear you no ill will. On the contrary, we respect Iran as an ancient civilisation, as a nation with a proud and dignified history. The disagreements we have with your government we wish to resolve peacefully through dialogue." Thus spake Tony Blair

Yesterday, Iran laid its negotiation terms, and today, one of the Iranian diplomats was released. To date, the diplomatic status of the Iranians kidnapped in Iraq, was adamantly refused by the coalition. In response to a suggestion for detainee exchange, the empire had said: no way Jose! This is encouraging because it shows that even senile empires can learn a lesson, or less optimistally, that their almighty strategy could backfire.

Given that Iran and the US are supposed to have no business relations, one would certainly wonder: how did an American FBI agent manage to get a visa to go on business in Iran? 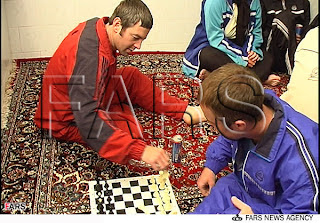 aaand finally on the occasion of Prophed Mohammad's birthday and Easter, Ahmadinejad Frees the British detainees, as a gift to the British people!