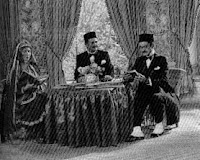 I just watched Delshodegan. Another lavish production of the Ghajar years, by Ali Hatami, about whom you will perhaps never hear unless you are an Iranian. I am not surprised that he is not discussed in the international forums that are all crazy about the Iranian cinema. Nor is Baizai. These directors are not catering to the facile digestion of the universalist postmodernists, although their style is full of such elements as well. Yet, they demand engagement with folklore, language and history. Someday, there will be an Iranian who will write about the importance of Hatami's work in reconstruction and preservation of the Iranian national heritage on celluloid during the years of chaos: revolution and war.

Anyways, this film, Delshodegan, is about the Iranian classical musicians in Ghajar era and their struggle to release their first record which takes them on a journey to France. It's an artsy film. Neither aims to nor succeeds in being entertaining. It is sensational. And a delight to eyes and ears.

So much of Iran is underexplored, a hidden jewel ... it is a collective loss ... I detest all those who have cut it off the world ... and have muddied it ... I wish I had access to enough material to write about Hatami. I don't because I am so far from Iran. For now, I just watch bad copies of his work on video CDs, and imagine how it would have looked on film and sigh: who will replace him?
Posted by Naj 24 comments: 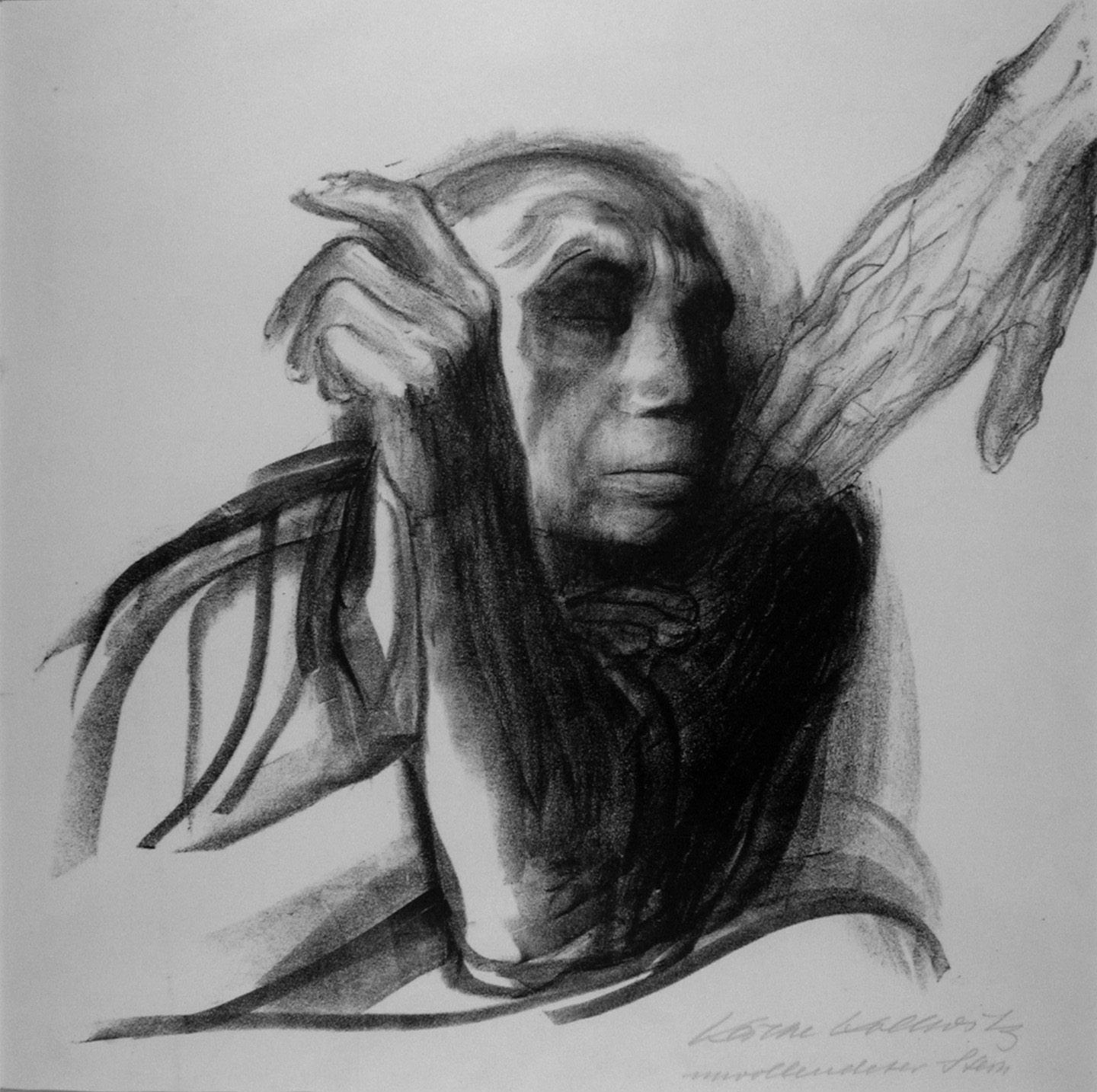 and my favorite sketch of Kathe Kollwitz 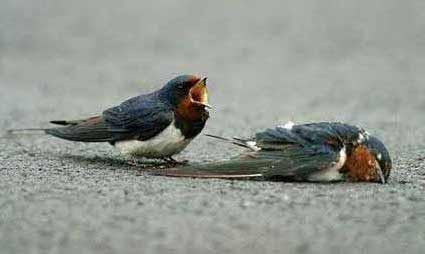 (Not mine. Click on the image for source.)
Posted by Naj 30 comments: 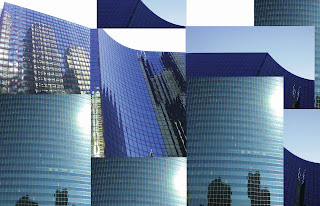 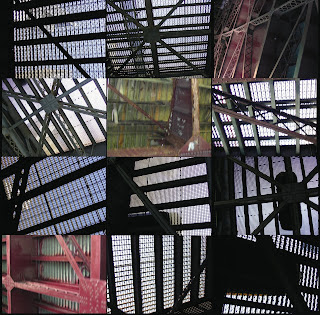 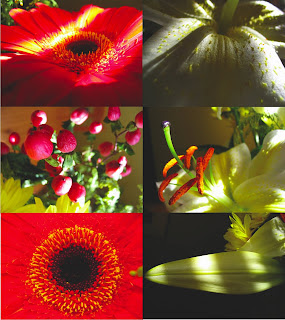 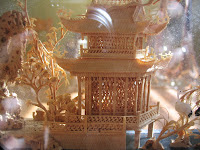 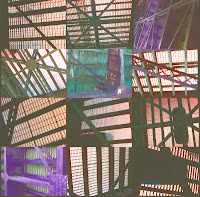 It's interesting how the colors turned out as I uploaded the images on blogger. For original colors, click on images. eeerm ... actually all the colors are mangled. Oh well this is joint art, by me and the color coding process of google :)
Posted by Naj 10 comments:

Disgruntled still, that my fellow Iranian colleagues were not granted visa to attend a scientific meeting in the USA, I woke up to news about the slurring comments of a McGill professor of chemistry (David M Ronis) an opponent to reinstating the membership of 14 Iranian scientists in the American Chemistry Society (ACS)

So they are toughening their sanctions and trying their pressure tactics and then lamenting the huge cost of Iranian brain drain, overlooking, of course, the Anglo-American contribution to the brain drain in countries such as Iraq!

While most of the blame about the alarming rate of the Iranian brain drain falls on the IRI's failing economic an cultural policies, few critiques talk about the direct role of American sanctions on science and technology (and thus economic) development in Iran.

It is also ironic that the US of A happily absorbs the scientists' exodus! Like most scientists, the greater majority of Iranian academics have little existentialist quarrel with politics, as long as the political system funds them to address their research interests. A factsheet of the success rate of the Iranian-American community, puts in perspective the advantage of Iranian brain drain towards West.

According to a study by Ali Mostashari and Ali Khodamhosseini from the Iranian Studies Group at MIT, the 2000 US Census indicates that

The Iranian ancestral group have educational attainments that greatly surpass the national average. In general, the percent of the Iranians over 25 years old who have obtained a bachelor’s degree or higher was at 57.2% in comparison to 24.4% for the rest of the U.S. population. With more than 27% of Iranian-Americans over the age of 25 having a graduate degree or above, Iranian-Americans are the most highly educated ethnic group in the United States. With respect to the gender differences Iranian males and females are both more educated than the U.S. average values. Percentage-wise, Iranian-Americans hold five times the number of doctorates than the national average.
...
The per capita average income for Iranian-Americans is 50% higher than that of the nation, while family average income is 38% higher. ... The percentage of Iranian Americans living in homes valued more than $1 million is nearly 10 times that of the national average.
... (PDF

However, to study and train in North America, is not entirely disadvantageous to Iran as it also opens the horizon of career opportunities domestically. In Returning to Iran: Challenges and Promises the authors report that

returning to Iran is a decision often motivated by emotional and patriotic connections to Iran rather than rational calculations. Moreover, level of satisfaction differed across participants and correlated with their success in achieving their career goals in Iran. Cultural and structural barriers to working effectively have been the biggest challenges to most participants while emotional ties and outstanding students have contributed to positive experiences.
Nevertheless, it appears that those who were successful in achieving some of their goals with regard to contribution to Iranian society, and had developed a successful career, were happier with their decisions. A few tentative trends which partially explain the successfulness of different initiatives include:
- There are many potential opportunities in the industry that can be successfully used. ... Examples include information technology, consulting, and financial markets. ...
- Entrepreneurship and institution-building remain central to creating opportunities. Despite some increase in recent years (mostly due to international investments and new large firms) there are few pre-specified, well-paying jobs available. Successful people tend to create the opportunities themselves through starting new ventures which satisfy some unmet need. In short, people who are interested in taking the risks of entrepreneurial activity have better prospects of job satisfaction and making a significant contribution to the Iranian society.

- In the academia the structures are more clearly defined and entrepreneurial activity (e.g. starting a new department or program) is less of an option, with the possible exception of new and growing fields such as management and economics. Under these conditions success is harder, and depends on skills and criteria beyond research aptitude, to secure funds, steer the politics of the departments, and do quality research given very limited resources. The chances of doing quality research also depends strongly on the specific area: theoretical and applied research often have higher chances of success than experimental fields where the resource and equipment become a significant disadvantage for Iranian researchers compared to the international competition.

Let's thank the sanctions for that too.
Posted by Naj 67 comments:

Enjoy the lovely song; thanks to Nunya.
Posted by Naj 4 comments:

Arian Band is the first ever band consisting of both men and women singers and players in Iran and the first music group to represent Iranian pop music. Their debut album, "Gole Aftabgardoon" (The Sunflower) was released in 2000. The album had huge success in Iran. The band was recently nominated for the BBC World Music Award.

The Band will take Iran's pop melodies to Europe and North America for a joint summer performance. The band is to perform 9 concerts this September in U.S., Canada and Europe and then finish off with a final concert in the United Arab Emirates. (Payvand News) 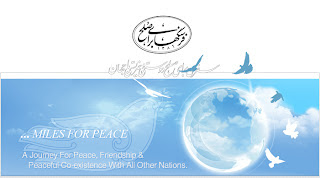 click on the image for more info.
Posted by Naj 2 comments:

A poem by Sohrab Sepehri, the iconic poet of Iran's modern(ist) mysticism.

Let's not muddy the water.
Imagine that close by a dove
is drinking from it,
or in a distant grove a finch
is washing its wings in it,
or in some village it fills a storage jar.

Let's not muddy the water.
Perhaps this flowing stream runs
by the foot of a poplar tree
and eases some heart's grief.
A dervish, perhaps,
has moistened his crust in it.

A young woman stood on its bank---
the water doubled her beauty.
Let's not muddy the water.

How delicious this water is!
How refreshing this stream!
Those people who live upstream,
how fortunate they are!
May their springs be ever fresh,
their cows always fertile!
I haven't seen their village,
But surely, God's foot is on
their threshing floor and
the moonlight there illuminates
the width of their words.

The walls are low in the village upstream.
Blue there is really blue.
When buds blossom, they know, those people.
What a village it must be!
May its streets be filled with music!

Those people by the stream
Have left it clear.
Let's not muddy the water.
Posted by Naj 36 comments:

"I wake every morning and see 100 Iraqis innocent civilians are dying," he said. "I have no brief other than to make sure we don't go into another war or that we go crazy into killing each other. You do not want to give additional argument to new crazies who say 'let's go and bomb Iran.'"

Asked who the "new crazies" were he replied: "Those who have extreme views and say the only solution is to impose your will by force."

And Rice rushes to say me neither!

And then Larijani says No problemo ...

"We are determined to solve Iran's nuclear dossier today. We do not need to kill time because the country has obtained its nuclear capacity and is ready to reach agreement through constructive talks."

Wisdom's in the air!
Posted by Naj 21 comments: