For those of you who have not given up on me yet, I am busy with renovation and have decidedly cut the internet off of my evening hours. This has given me the chance to read Iranian books and I am reading the letters of Simin Daneshvar to her husband Jalal Ale-Ahmad during her 9 months trip to Stanford University (CA) in 1952.

The letters are important as the reflect the views of one of the pioneering Iranian female academics encountering the post-war America. They are also important because they give a sense of general political mood of the US intellectuals about Iran in years prior to the 1953-coup. In some ways it is retrospective history. 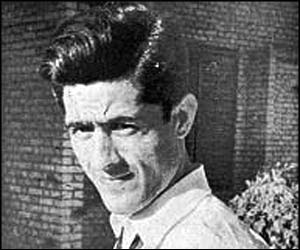 I will be translating excerpt of this book and will share them with you.

In the meanwhile, you can familiarize yourself with Daneshvar's literary work here.
Posted by Naj 1 comment:

To understand Iran, you must begin by understanding how large it is.

One way to look at it is that Iran is 68 percent larger than Iraq and Afghanistan combined, with 40 percent more population.

More important are its topographical barriers. Iran is defined, above all, by its mountains, which form its frontiers, enfold its cities and describe its historical heartland. To understand Iran, you must understand not only how large it is but also how mountainous it is.

Iran's most important mountains are the Zagros. They are a southern extension of the Caucasus, running about 900 miles from the northwestern border of Iran, which adjoins Turkey and Armenia, southeast toward Bandar Abbas on the Strait of Hormuz. The first 150 miles of Iran's western border is shared with Turkey. It is intensely mountainous on both sides.

Running east along the Caspian Sea are the Elburz Mountains, which serve as a mountain bridge between the Caucasus-Zagros range and Afghan mountains that eventually culminate in the Hindu Kush. The Elburz run along the southern coast of the Caspian to the Afghan border, buffering the Karakum Desert in Turkmenistan. Mountains of lesser elevations then swing down along the Afghan and Pakistani borders, almost to the Arabian (Oman) Sea.

Iran's population is concentrated in its mountains, not in its lowlands, as with other countries. That's because its lowlands, with the exception of the southwest and the southeast (regions populated by non-Persians), are uninhabitable. Iran is a nation of 70 million mountain dwellers. Even its biggest city, Tehran, is in the foothills of towering mountains. Its population is in a belt stretching through the Zagros and Elbroz mountains on a line running from the eastern shore of the Caspian to the Strait of Hormuz. There is a secondary concentration of people to the northeast, centered on Mashhad. The rest of the country is lightly inhabited and almost impassable because of the salt-mud flats.

The center of Iran consists of two desert plateaus that are virtually uninhabited and uninhabitable. These are the Dasht-e Kavir, which stretches from Qom in the northwest nearly to the Afghan border, and the Dasht-e Lut, which extends south to Balochistan. The Dasht-e Kavir consists of a layer of salt covering thick mud, and it is easy to break through the salt layer and drown in the mud.

Iran is a fortress. Surrounded on three sides by mountains and on the fourth by the ocean, with a wasteland at its center, Iran is extremely difficult to conquer. This was achieved once by the Mongols, who entered the country from the northeast. The Ottomans penetrated the Zagros Mountains and went northeast as far as the Caspian but made no attempt to move into the Persian heartland.

...
As always, the Persians face a major power prowling at the edges of their mountains. The mountains will protect them from main force but not from the threat of destabilization. Therefore, the Persians bind their nation together through a combination of political accommodation and repression. The major power will eventually leave. Persia will remain so long as its mountains stand.
Posted by Naj 16 comments:

Here, you can find a challenge to the common disinformations about Iran's nuclear technology!

As for the "blockade" House resolution 362, proposed by the zionists Gary Ackerman (D), and Mike Pence (R):

Denis Kucinick and Ron Paul were among the first to warn against this war resolution. His concern was echoed by congressman Wayne Gilchrest (R) who strongly opposed the resolution.

Since then, other representatives ( Robert Wexler (D), Steve Cohen (D) and Thomas Allen (D) and William Lacy Clay (D)) have changed their minds and have withdrawn their initial support from this resolution.


If you have not yet, do urge your representative to oppose this resolution.

See if your representative sponsors it.
Posted by Naj 8 comments:

Call your member of Congress today and ask him or her not to support this act of war!

Congress is considering this bill at this very moment; now is the time to act to oppose this plan for war. Groups from all over the country are joining together for a national call-in day on H.Con.Res. 362.

This resolution demands that the president initiate an international effort to impose a land, sea, and air blockade on Iran to stop shipments of gasoline, and to subject all cargo entering or leaving Iran to stringent inspection requirements.

Call your representative and ask him or her to oppose the blockade resolution!

Imposing a blockade without United Nations authorization (which the resolution does not call for) would be considered an act of war. Though a vote on this bill has been successfully delayed so far, some Congressional sources say the House could vote on it as early as next week. They need to hear from you before the vote.

Adoption of this resolution would pave the way for war and bypass diplomacy. The immediate effect would be a further increase in oil prices - with gas prices in the US inching closer to $7/gallon and beyond.

Tell your member of Congress to oppose H CON RES 362 and join thousands of Americans in the rising chorus of concern over this dangerous legislation.

If your Representative is a co-sponsor: ask them to withdraw their sponsorship.

If your Representative is not a co-sponsor: thank them for not signing on and ask them to work to stop this dangerous legislation from going forward.

McCain wants to "Kill Us"?

Responding to a question about a survey that shows increased exports to
Iran, mainly from cigarettes, McCain said, "Maybe thats a way of killing them."

He quickly caught himself, saying "I meant that as a joke" as his wife, Cindy, poked him in the back.

Last time, it was also Iran. His singing about bombing Iran to the theme of the Beach Boy' "Barbara Ann" drew derision from many quarters but a "lighten up" response from McCain.

A law has been passed by the Florida legislature making it significantly more difficult for Iranian Americans to travel to Iran to visit family and friends. On June 23rd the Governor of Florida, Charlie Crist, signed into law SB 1310, which imposes heavy restrictions on Florida travel agencies that arrange trips to any state sponsors of terrorism. Among these restrictions, travel agents must pay a $1000 registration fee and secure at least a $100,000 security bond to provide services to anyone seeking to visit countries recognized by the State Department as a supporter of terrorism, including Iran.

Could this have anything to do with the growing number of Western human shields who are traveling to Iran, determined to deter an attack against Iran?

Or could it have to do with the growing number of peace delegation groups determined to bring back to America the stories of real Iran, not the ones propagated by the MSM war pimps?

Or does it have to do with the reports by top American scientists who are writing back home about the sophistication of research and development in Iran?

How come suddenly travel to Iran has become such a big crime?!!!
It will not look good on America to have bombed a country that looks familiar, beautiful and precious, does it?
Posted by Naj 2 comments:

Bush's legacy, perhaps, will be making peace with Iran!
Stepping foot in Nixon's shoes?
And was it not Reagan who thawed the USSR?

This is going to make Israel and much of the Arab regimes unhappy.

Israel may preempt by attacking Iran to invoke a retaliation that would make Iran-US peace impossible. But I feel Iranians will be too clever to fall in the Israeli trap. 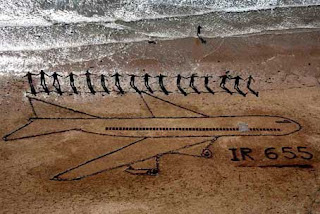 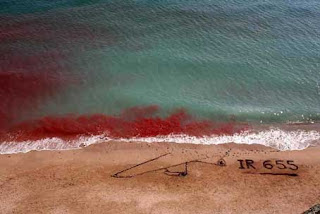