Ahmadinejad, the bastard child of Hojjatieh and Israel?! 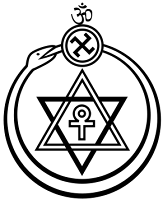 I am busy reading works by Abdollah Shahbazi, a historian with a large body of work on the history of the integration of Jews in Iran and particularly those who have converted to Islam in the Safavid Era.

I have not formed my opinion about this author/researcher yet and I need to answer some of my own questions about his past communist affiliations, his present professorship in Tehran U, his previous support of Ahmadinejad and his current support of Mousavi. Of course this may have to do with his imprisonment in 2008 on stated charges of slander and unstated charges of whistle-blowing. Apparently an assassination was attempted on him too.

Up to that time, Shahbazi was an "insider", operating very closely to Ahmadinejad, and many hardliner news papers. Until he turned into a hated whistle blower!

This complex past, together with the cracks that are appearing in Iran's hardliners, have made me even more curious about his recent appendix to an article that discussed the ideological similarities between Hojjatiyeh and Theosophy. Hojjatiyeh is a messianic sect in Iran's shiism which was countered (in fact outlawed) by Khomeini. As opposed to Hojjatiyeh who awaits and (helps) the apocalypse that will speed of the return of the hidden Imam, Khomeini's doctrine of Velayat-e Faghih proposed the "Imam" to be chosen from the existing religious men in politics.

One of the alleged leaders of Hojjatieh in Iran is Ayatollah Mesbah-Yazdi (photo); the man whose fatwa was behind many heinous crimes including the chain murders of writers and intellectuals during Khatami era. Mesbah Yazdi believes that people are sheep, thus his devotees and his currently most 'important' minion Ahmadinejad are in collusion to bring the messiah back!

Some of the rifts that you see within the clerical and even the civil factions of the conservative 'elite' of the IRI establishment is indeed a rift between Khomeiniists and the Hojjatiyeh. It is not about socialism, it is not about republicanism, it is not about befriending the West, nor is it about befriending Palestine! Of course, there is another wing of Islamic revolutionaries who consider both the Khomeini and the Mesbah doctrines to be draconian in nature. These are people like Karoubi, Khatami and Mousavi, who because of their religious roots cannot be "liberal", but they seek a more modern and sustainable implementation of an Islamic Republic that the other two groups. Although, to counter the cancerous might of the Hojjatiyeh (who reign on terror, literally, just like Al-Quaeda) they are trying to align themselves more with the Khomeinists. After all, Khomeini was the leader of the revolution.

Back to Shahbazi's note: he is trying to trace the lineage of Ahmadinejad and his infamous deputy (Mashayee) to Jewish ancestors. Of course, Shahbazi's fixation on zionist infiltration in Iran's ruling establishment is not particular to this regime, nor is it without critiques.

There is nothing wrong with being Jewish, or having jewish ancestors in Iran. Many do.

But, if the Jewish descendent turns out to be Ahmadinejad, who in practice breaks up the conservative rank by insisting on keeping another hard-core messianic of Jewish descent as his deputy, AND whose anti-Israel rhetoric helps justify Israeli aggression while begging a nuclear holocaust in his own country, then you become worried. Also, if someone close to Ahmadinejad like Shahbazi provides signs that Ahmadinejad's beloved Mashayee is also a good buddy of Jack Straw; and has been making several "personal" foreign trips to meet with his "invisible" medium, or 400 years old Indian monk, to transmit messages from "the messiah" and help with the running of the country; you get curious, no?!

But what is most plausible in Shahbazi's article (and recent work) is this: That Iran is run by several Mafia that are operating under the umbrella of the ministry of Intelligence. And that once one gang goes down, it turns into activist journalism exposing the other! And vice versa! This very well applies to Shahbazi himself!

p.s. for an overview: http://en.wikipedia.org/wiki/History_of_fundamentalist_Islam_in_Iran
(Fazlollah Nouri, Kashani, Khomeini, Navab Safavi, Khamenei ... clerics who have betrayed the brains and the bloods of those who sought democracy for Iran ... interestingly, most of them in cahoots with the very foreign foes they loathed in speech and supported in action ...)
Posted by Naj