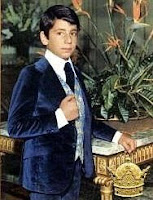 His death shook everyone:
Another kid of "The King of Kings" (the megalomaniac Mohammad Reza Shah, who wanted to restore Iran's monarch glory, who went head to head challenging and threatening the regional ambitions of the Israelis and the pan-Arabists, and who was dragged from the throne by assistance from Americans of whose subordination he was accused) laid in his own cold blood. At the time of his death, he was unknown to most of us who were born around his age, and who remembered him from a faint memory of his brown hair, cute face and the brown air force uniform he was wearing when, instead of Champagne, he splashed a bucket of water on his older brother, the crown prince, who had just landed his first fighter plane. (Couldn't find the image of what is printed in my memory, but found these photos of those days) His older brother, often pisses us off by siding with neo cons or Iran bombers (although he has changed his tone recently), and so the majority of us have cast a blanket of ignorance on the rest of the family, whose grandfather has laid the foundation of modernity [in terms of infrastructure and secularism], and whose mother tried to lay the basis of modernism [in terms of art] in our country (okey I am not being precise, I know). Many of the older generation, however, remain loyal to the royals.
I respect the right of any single, uncommitted person to end their own life. But I felt sorry for his mother most. She is my favorite of the monarch family. 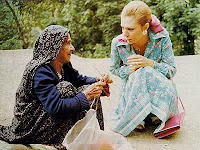 I love her grace, her sense of fashion, her architectural education; and I love her because of many fundamental educational programs she started in the remote villages of Iran, trying to empower the villager women, trying to assist them make an enterprise of their folk art, trying to make them literate (I am happy to find this picture) Her legacy continues today in the form of NGOs ... not all Iranian women are concerned with how much hair they can or cannot show from under a scarf. Many a women are struggling with more fundamental issues, and they are making little progress every day, but I will talk about that elsewhere. 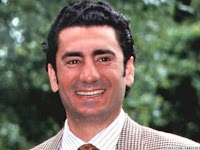 Alireza was the second Pahlavi to commit suicide. His sister overdosed on sleeping pills only 9 years ago. She was a year older than I. Her death made me sad too.
Today, I came across a podcast, a few Iranologists were talking about Alireza's academic past. This radio program, together with the support of those who encouraged me to continue blogging, inspired me to translate the podcast. If I am to revisit my past, this is a good start.
Iranians, please go to the source. This is a report by Amir Mosaddegh Katouzian of Radio Farda, broadcast from Prague. 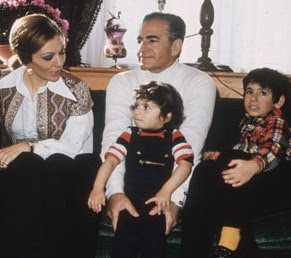 .
P.S. It was a total coincidence that I posted this on the same day that his memorial service was held.
Posted by Naj

When Iran was going through al that after the election I was hoping he would go back and help somehow in my naive western way.

The case of this lad is even a sadder one. He has had to remain in the shadow of his older brother. The older brother is not a bad fellow; he is a family man; and as long as he stayed a family man I had no problem with him. I am sure he doesn't WANT to carry the burden that monarchists have put on his shoulders.

But for any of this family, going back to Iran is a BAD idea: no one really wants them there, no one wants royalty any more, and people are in general unforgiving of their father's past.

Look, even I am not going back to Iran anymore; so why would they?

I really like this post, b/c it sheds a light on Alireza the student ... a being and a concept we are all familiar with.

I was looking at photos of his memorial ceremony yesterday ... and it's funny that they seem to only have one or two photos of him, b/c throughout all these years, those are the only photos I've ever seen. I don't mean to play a blame game, as I know nothing about their internal family dynamics, but from the outside, he seemed to be not only in the shadow ... but somehow neglected? What was he doing living all by himself, when his family knew his condition was a volatile one? Shouldn't he have had someone nearby?

I heard from a friend whose father had met him in a conference; he found him very modest and nice too.

There was some LA-produced TV host who was questioning why the Royal family had kept him in a shadow and wondered whether it was to protect the non-existing charisma of the older brother!!

Anyways, this kid's life and death made me very sad. And I think his mother was very gracious to say, her grief is no different than any other mother who loses a child.

I am reading Abbas Milani's "The Shah". I have read a lot of things about Mohammad Reza Pahlavi, but never anything that dealt to this degree with who he "was" - as an individual, and not just a monarch/dictator/politician. I'm hoping it will give me some insight into that, b/c Naj, my generation, we don't know anything about these folks. Depending on what kind of family we come from, we probably have the same feelings our parents have, only b/c that's the version we've heard all this time. But that's about it.

But look at the Egyptian royal family, Afghanistan's, Iraq's ... all faded into obscurity and nothingness (although Zahir Shah returned) and some in even more gruesome circumstances. All these stories were tragic, but nothing like this. What makes the Pahlavis so exceptional? So they were rulers and there was a brutal revolution and now they're no more ... On a personal level this all signifies pain and loss ... but on a bigger scale, there's so many stories like this one. Do I feel that their story is more tragic b/c i'm Iranian and I follow them more closely, or is there something truly exceptionally tragic about their fate (compared to the others)?

Maybe it's b/c they refused to fade away (as much as that is possible) especially through the older brother's "political activism" (lol) that makes their situation more exposed? Maybe it's the diaspora that is refusing to let them rest in peace ...

Maybe the comparisons are very wrong ... Just been wondering this as I read the book.

I just watched the video of Farah delivering an obituary for her son. There was one sentence in it that really touched me:

Almost sobbing, she said, that his death seems to have brought a sense of forgiveness and reconciliation in people; and then quoted Dabashi (without mentioninh his name) saying: I had problems with his father, but I cried over his death.

I think Iranian history, and every single one of us Iranians, is unjust and unforgiving of no matter which dynasty we have created.

If a king has been too soft, we have blamed them of not being tough enough; if they have been blood thirsty we have called them tyrants. We are a mercurial nation; full of tribal and feudal fumes; and once given power, we take ourselves too seriously, with those stupid kingdoms of which we often know nothing but the ruins in Shiraz!

We soak the babies in poetics, (and of course all babies poop, as is nature's force), but then we throw the baby out with the bath water!

I am sure even these people will fade out of our memory. Someone will historiographist; and will create an academic best-seller about the life of this or that king. But in the meantime, the memories and the anecdotes of the ordinary people, their experiences will be lost in the atmosphere of fear and terror instilled by the NEXT tyrant that overthrew the previous one.
...